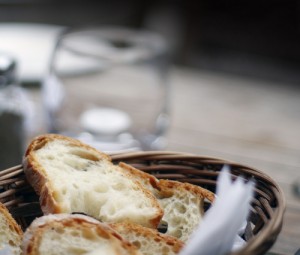 His name was Bill, though William seemed to suite him better. He was not very tall, only about 5’ 6”, a bit overweight and prematurely balding. He had bright pale blue eyes that smiled from behind thick wire rimmed glasses. Bill was a man of fine mettle, and a friend of a friend’s husband. We had met a few times in gatherings of similar social circles.

We were in our mid-twenties, me recently entering college while he having graduated several years earlier and working in his field. Bill was an oil drilling engineer. He looked at geology with a very different eye than most people. He travelled about the country as confident in his brown tweed suit for consulting, as he was in Vibram Sole hiking boots and backpack surveying potential drilling sites.

One afternoon he called and asked me to join him and his sister for dinner at a French restaurant he had discovered near his apartment. This may not seem too remarkable at first reading, but Bill lived in Denver, Colorado and I resided near Detroit.

A few days after the phone call, to which I had said yes, I received in the mail plane tickets and an itinerary of the four day weekend out west. I had never flown before and was nearly beside myself with excitement.

My very Catholic grandmother was delighted for my adventure and equally concerned about my virtue. None the less, she took me shopping for appropriate clothing, for I was after all a college student with a wardrobe indicative of that station in life. She only mentioned once her concerns.

Bill’s older sister was much like him. Short and round, thick glasses and prematurely aged. They both liked things that were aesthetically pleasing and minimalistic like modern art and jazz music—and really, really good food.

Apparently they had conspired to share with me, their city peasant, some of the finer delights of a true French cuisine. One of the items on the menu I had asked to try, along with the hors d’oeuvres they had ordered, was the onion soup. Bill’s sister turned slightly to meet his eyes, rolling her own, and shrugged. He then looked at me, smiled indulgently (knowing how much I loved soups), turned to the waiter and order it…in French of course.

What came was totally unexpected. A bubbling and slightly browned covering of baked cheese sealed in the soup beneath. I waited with great expectations as the soup cooled enough to consume. When I finally broke through the crusty cheese the aroma filled my senses, as did the taste of its hearty broth and sweet onions. It was by far one of the tastiest and most challenging soups to eat—being somewhat messy with the stringy cheese and trailing onions dripping steaming broth.

I thoroughly enjoyed that soup and often ordered it at restaurants back home, knowing each time that I would face the same daunting challenge of how to consume it with some dignity and grace.

The following stove top recipe tastes very much like the baked French Onion Soup served at restaurants but with the dripping hazard some what reduced.

Salt and pepper to taste

Melt butter in olive oil and sauté sliced onions, when starting to turn clear, add remaining diced vegetables and cook until tender. Meanwhile, in large stock pot bring broth to a boil, add sautéed vegetables and tortellini. Simmer for about 5 minutes until pasta is tender. Add salt and pepper to taste. Serve with fresh hard crusted bread for dipping into soup.

I’ve tried unsuccessfully to change up this recipe by using regular, not sweet, Vidalia onions or omitting the parsnip. In both instances the flavor was changed, and not for the better. The sugar content of Vidalia’s when they’re cooked really makes this soup. The parsnip adds a flavor that is hard to identify but seems to be crucial to the excellence of this recipe. 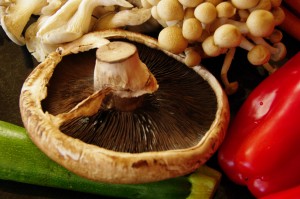 The Garden Society at St. Francis Retreat Center in DeWitt, Michigan, had many volunteers and a core group of five women. The society began in 2005 and continues to this day. I retired from the group in 2013, leaving it in the competent hands of the dedicated Master Gardener, Ann.

The garden society’s goal was (and still is) to build and maintain gardens of prayer and memorial on the 95 acre site. One of the first memorial gardens established in 2006 was the Stella Smythe Ornamental Grass Garden. The Smythe family donated time and money, and daughter Claudia—a key garden society volunteer and my right hand for years—with husband David assisted with the design and installation. The garden is landscaped with fourteen species of ornamental grasses, including the 14 foot tall Erianthus ravennae…aka Hardy Pampas Grass.

Throughout the year Claudia with another memorial garden donor and volunteer extraordinaire, Kathy, and I would meet on Wednesday mornings, and usually were joined by other volunteers. All of us would weed, prune, water, and plant. Our labor of love was in service to Our Lord to help bring souls to God. We wanted to offer an outdoor space where people could pray. We trusted the Holy Spirit to do the rest.

At the end of the gardening season there was the traditional pot luck. All the volunteers, their families and friends were invited. Claudia and Kathy usually coordinated those meals, and some were epic! You can bet that throughout the years a lot of recipes were shared. From those gatherings this recipe came. It is one of Claudia’s favorites. She and David often ate vegetarian, and it’s good for Friday’s fasting too. I’ve modified it only slightly from its original form.

In soup kettle heat oil and add onions and carrots, cook until tender, stirring often. Add mushrooms and simmer another 4-5 minutes. Add tomatoes, broth, Worcestershire sauce, chili powder, coriander, and maple syrup. Bring to a boil and then reduce to a simmer. Cook uncovered for about five minutes. Add beans, salt and pepper and simmer for another five minutes. Add scallions and remove from heat. Serve garnished with cheese and chopped cilantro.

If you’re not going vegan with this chili, and using chicken stock, I have added leftover roasted chicken—skin removed and dice into small bite-sized pieces—near the end of sautéing vegetables.