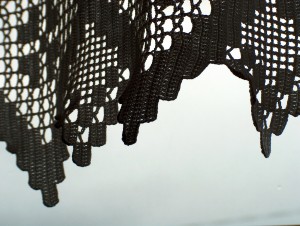 Before sunrise the intense heat and humidity of the past few days was broken by the cooling air that preceded a storm.

Gathering myself into the morning, while waiting for the coffee to brew, I opened all the windows. When I lifted the sash in the oratory, the breeze drew the sheers delicately against the screens and then, just as softly, floated them back and up into the room.

The rain started with a drizzle. The thunder rumbled long and distant, then near, then rolled past and away.

I didn’t know what to expect of the storm. The wind was picking up, making the tree limbs sway, and the thunder had become more frequent. I looked at the southwest sky, saw it was evenly gray and lacked the blackish-green mottling of danger. The birds continued their morning songs—a good indication of a regular rain—and so I was unconcerned as I sat down and picked up the breviary.

With windows opened wide the breeze moved easily through the upstairs hermitage. I listened to the rain drops plink on the aluminum window sills; it steadily grew into a persistent thrumming.

It was a needed darkness, a good storm, a refreshing rain. Sipping my coffee I prayed:

I thank you for the storms that move through life. Though there is darkness, there is assurance of its passing. You send the rain to cleanse, the thunder to make us attentive, and the wind to remind us that all things move according to your plan.

Although I do not like the darkness, I know your storms draw me down and away from the often consuming blaze of this world. And for every storm that moves across my heart, I will embrace it as a time to patiently wait for your return.

I pray to be strong enough to hold fast when storms become intense. And if I grow weary, to know I am not alone and to call out to angels, saints, and friends to shore me up.

I praise you Lord for dark nights and stormy days that deepen my desire for you.

This prayer appeared in a similar version for Sisters and Nuns on Tuesday:

St. Michael the Archangel, defend and protect our Priests and monks in this time of great danger in Iraq. As they are persecuted for their faith, and in their fleeing from Islamic extremist, keep anger and hatred from damaging their souls. Help them to be a candle in this chaotic night of oppression that they may draw to themselves other Christians who, for the love of Jesus, have lost everything, fleeing genocide. Keep the hands of our priests strong and steady as they consecrate the precious body and blood of our Lord, and guard their souls should they face martyrdom. Let their blood, and that of all those murdered for the love of Christ, strengthen the resolve of all who remain in exodus. Beloved St. Michael bring our holy men to safety in this world, and for those martyred in the name of Jesus, the Nazarene, guide them quickly home into His loving embrace. Amen.

A post from the Editor of the Catholic Channel, Elizabeth Scalia, has these words to offer prayer for all those being persecuted by ISIS, http://www.patheos.com/blogs/theanchoress/2014/07/22/the-isis-effect-flattened-everything-is-gone

St. Michael the Archangel, defend and protect our Sisters and Nuns in this time of great danger in Iraq. As they are persecuted for their faith, and in their fleeing from Islamic extremist, keep anger and hatred from damaging their souls. Help them to be a candle in this chaotic night of oppression that they may draw to themselves other Christians who, for the love of Jesus, have lost everything, fleeing genocide. Guard the souls of our Sisters and Nuns should they face martyrdom, and let their blood, and that of all those murdered for the love of Christ, strengthen the resolve of all who remain in exodus. Beloved St. Michael bring our holy women to safety in this world, and for those martyred in the name of Jesus, the Nazarene, guide them quickly home into His loving embrace. Amen.

UPDATE: a post from the Editor of the Catholic Channel, Elizabeth Scalia, has these wonderful words to offer prayer for all those being persecuted by ISIS, http://www.patheos.com/blogs/theanchoress/2014/07/22/the-isis-effect-flattened-everything-is-gone/ 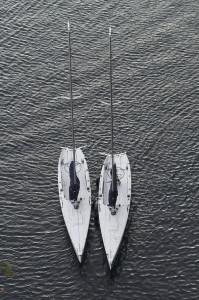 Over the years I’ve learned to not turn away from dark nights and to accept the journey inward as a journey towards God. By entering fully into them is to come out the other side sooner. The intense darkness of some of those episodes can, at times, push me over the edge of human limits and leave me flat out in despair.

To despair, according to the Catechism (#2019), is to lose hope and turn your back on God…and a sin. Not that I intentionally plan to turn away from God, its just when mentally muddled it happens. The Sacrament of Reconciliation always brings release and relief. Avoiding the same confessor and remaining behind the screen in the confessional offers—I believe—a fuller sense of God in the moment. It takes the personal element away and leaves the spiritual to resonate.

Off I went a few weeks ago for what I expected to be the usual every-other-week cleansing. It became much more…about 30 minutes more. (And how did the priest know there was no one waiting after me?) Father wanted some answers, and he took his time looking for them.

He appreciated my anchoress tendencies and disciplined life of prayer. But in that confessional, and under God’s watch, the priest said I was to leave my rooms. I nearly gasped at that—leave the silence of my upstairs hermitage!? He also suggested (insisted?) that I find a spiritual director, specifically a Roman Catholic priest loyal to the Magisterium—an odd thing to say but I understood his warning.

What Father said next was a greater challenge than finding a priest with free time. He said I was to “…learn another way to love beyond the silence of prayer.” That it was necessary for me to go and serve people in a way compatible with my hermitic nature, and after having served return to my rooms. I was to offer love and carry back the day’s offerings as the root for prayer.

Since that Saturday afternoon the Holy Spirit has stepped up the challenge. A priest who I didn’t know contacted me to be an intercessor. I’m baffled how he found me, and why. I had commented to another priest during lunch the impossibility of finding a spiritual director among his brothers. A few days later he called with the phone number of a priest long retired from, among other things, spiritual direction of priests, who was willing to meet with me.

After Adoration last week I felt an insistence to stop at a care facility for women. The meeting with the administrator ended with my being dumbfounded. Nearly all of the forty-five residents were Christian, more than half of them Catholics. They did not have anyone ministering to them—no pastors, priests, or sisters. I shared with her that I was not trained in any ministry and all I could do in the company of these ladies was to pray. And at that she nearly cried with relief for that was exactly what she had prayed for.

There is a shifting taking place, a wave forming from the depths. It is as unsettling as when in 2009 I left behind the familiar life as a gardener to learn to write. Terrified would be the least of words to describe how I felt about picking up a pen instead of a trowel. The only option then, as is now, was to trust that God had a better plan beyond my imagining.

Prayer is my default in life. It is spiritual air, often a quick breath in a moment of need. The Holy Spirit is asking that I—we—take a deeper breath instead of a pant. And maybe share the breath of God with those who stand in wait for their last.

Pray for me, will you? I have no idea where I’m going, but I’m in the boat, sail up. 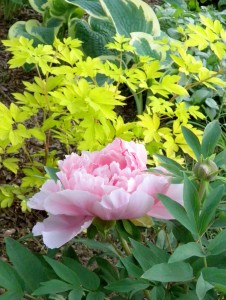 When walks are not relieving,
More a long distance pace
Up and back.
When anti-anything meds do not work,
When rosaries, and prayer requests,
And offering-ups are not enough,
What then?
When the ache to feel
The love of Our Lord,
Embrace of Mary’s arms,
Lifted by the Holy Spirit,
Or wrapped
In my Guardian’s wings
Is left without sense,
What then?
When the scars of the heart
Are healed and still tight,
When the soul is bloated with love
And lacks release,
What then?
When fear silences the longing
For home with God,
Because the hearer hears falsely
Intents of suicide,
Not intensity of love,
What then?
When pain is deep,
And doesn’t matter.
When the heart skips and pounds
Beneath the bone,
No fear constricts the throat,
What then?
When God feels absent
In Adoration or at Mass
In the eyes of others,
Or in my rooms,
What then will suffice?
When words read or written,
Penned on pad and prodded
Then circled, danced with,
Moved past, visited
Again, and again are not enough,
What then?
When all that God gave,
Is giving, promised and fulfilled,
When every wall of every room
Carries an echoing call,
And it is not enough
What then?
When I sit as near to paradise
As God will allow,
When beauty confounds,
And Grace is exposed,
And I ache with a longing
That only angels and saints lack,
And all this is not enough.
What then but faith will do.
2104 Margaret Rose Realy, Obl. OSB