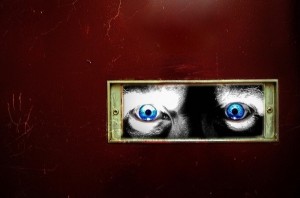 During Lent I place in the oratory a small plaque with two words: Vacare Deo, to empty oneself for God. It’s a reminder for spiritual cleaning.

As it’s midwinter, and I’m already bored with being indoors, I am looking for things to do. This translates to “it’s time to clean up,” and I try to organize the attic recently assaulted with boxes of Christmas decorations. The basement could do with a bit of organizing too.

When cleaning things up, indoors or out, we often open up space.

As a gardener I love how the landscape looks — often after a marathon work-bee — when I’ve cleared a section that’d been overrun with weeds, crowded by perennials or tangled from unkempt hardwoods. I diligently pull, root out and trim back all the bedlam, opening the area to allow more sun and air for better growth.

When cleaning out an area — basement or flower bed — I’m often reminded of Jesus’ words in Matthew 12:43-45. “When the unclean spirit has gone out of a man, he passes through waterless places seeking rest, but he finds none. Then he says, ‘I will return to my house from which I came.’ And when he comes he finds it empty, swept, and put in order. Then he goes and brings with him seven other spirits more evil than himself, and they enter and dwell there; and the last state of that man becomes worse than the first.”

It seems inevitable after I clean or organize the basement or attic, I find more stuff to fill the open area. Once again a few years later I’m in the same mess. Things not really worth saving have ended up on the shelves and scattered on the floor. Again I’ve not gained wisdom about myself, and again I’ve used poor judgment about what has worth.

In a garden, fallow ground is filled much more quickly — in a matter of weeks — than ground with established plants. Inexperienced gardeners are inclined to pull the weeds and thin out plants, exposing the ground. Leaving soil open makes it available for more things to grow. If we are not attentive and leave the freshly cleaned area unattended, seeds from God-knows-where take root, and there are more weeds sprouting than when we started.

I see this “clearing out” much like the verse in Matthew. Even though I work diligently at bringing the Lord into my heart by pulling up the weeds of sinfulness and removing the clutter of bad habits, if I do not fill that space with the Word of God and his Mercy, then there is nothing to prevent the disorder from returning.

Like most things that run off course, the intrusion of unneeded objects or undesirable plants begins so small. A few items back on the shelf, a few weed seeds falling on exposed earth. Then without me really noticing, things are seven times worse than when first begun.

The determination to remove the unwanted, without equal desire to take the next step, leaves us vulnerable and open to fall again.

Lord, save me from the pride that empties and fails to fill the void with your ways.

(First appeared at Aleteia.org, reposted with permission. Image from morguefile.com.)