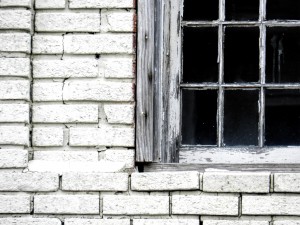 With the snow storm that recently passed through the eastern part of our country, many were — and still are — left without power.

When a similar storm passed through Michigan a couple winters ago, I wrote this blog. Seems timely to share it again:

It was another one of those sleepless nights. I was in my upstairs flat, a small hermitage of three room, and decided to make some tea when, during a winter storm, the lights went out.

It was pitch black, too dark for even shadows to fall. Groping and stubbing toes, I swept one hand back and forth in front of me seeking a safe way through the dark. My other hand grasped the back of a chair, reluctant to release something familiar.

There was the sudden momentary fear of disorientation. Not knowing where I was made me feel vulnerable. A heartbeat ago I could see where I was heading, a bright light guided me. Now all I saw were navy-blue blotches floating like ghosts against a sheet of black.

I felt I was suffocating with fear in the blanketing silence. No humming of motors, no ticking of clocks. My ears strained to hear past the sound of my own heartbeat. Did the downstairs door just click open? Are those footsteps scraping across the floor? Was that the stairs I just heard creaking? What monsters under the bed!

I was in the dark; the margins of safety became blurred. Caught in a wave of fear of imminent harm, images flooded in and drowned common sense. Flashbacks of years ago blinded further. Where did the security go that was so clear only a minute ago? My arms swam through air as I willed myself to move forward, anticipating at any moment an unknown force laying me low.

I dared not stop, dared not turn away from the direction I was heading. It was the right path a moment ago. I knew there was a candle in the other room. It became more than a candle to calm my frightened heart. As a friend once wrote it was “a pillar of fire” that both guides and tests.

I tripped and stumbled. Disoriented, I come up against a wall and wondered which way was the right way. I leaned against the wall for support though at the same time I knew it blocked my way. But what was the way? Where would I be once I got past this wall? I doubt myself when in darkness.

I told myself to be calm, that though I was in darkness God was in it with me. I told myself to keep moving toward a known source of light even when it can’t be seen.  I held on to hope that in my seeking I would find what I was looking for, blindly rummaging, feeling my way, trying to recognize by another sense what would normally be easy to spot.

The candle was pulled from the cabinet and lit. It was in my hand, firmly gripped against the tremors. I remained kneeling on the wooden floor as the flame’s soft glow illuminated the table-top crucifix. My world was now less frightening.

This is not the first time I’ve been thrust into darkness, and it will not be the last time I grope through it desperately seeking The Light. One day I will be calm as I traverse dark nights, believing in what is concealed just beyond its edge.