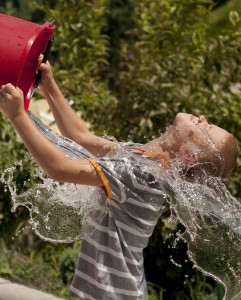 It’s a very tiny ministry that began last spring, praying for little people. It began by accident—if ever a thing of the Holy can be an accident—when an acquaintance asked that I pray for his children caught in the middle of his marital unrest.

After saying I would, there was a desire to pray specifically, and I asked for the name of each child. There were several; his was—and still is—a large Catholic family that was nearly run off the tracks.

I’ve never had children, nor really been around kids much through my life. I remember a dear friend spoke of praying for her sons and daughters, and another friend told me of tracing a cross on the foreheads of his children as he kissed them good-night.

The evening after our encounter the verse in Isaiah 54 came to mind:

Sing, O barren one, who did not bear; break forth into singing and cry aloud, you who have not been in travail! For the children of the desolate one will be more than the children of her that is married, says the LORD.

…and the one from Psalms 113 also nudged me:

He gives the barren woman a home, making her the joyous mother of children.

Here, I thought, was a way to love children that were not through me. And so began my ministry to pray for the future of our Church, a ministry I hope you too will adopt. 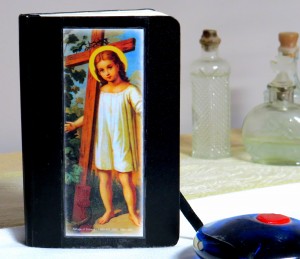 I purchased a small notebook that would fit in my purse or pocket, taped an old prayer card on the cover, and began seeking opportunities to ask permission from parents to add their children’s names to the book. The usual response was an enthusiastic, “Oh, please do!” The little book goes with me to Adoration and Mass, and has been touched to the Blessed Sacrament.

Included in the notebook is a parents prayer for the protection of children against demonic influences.

Eternal Father, you have entrusted the lives and souls of these children to my care. I beseech Thee now to offer them protection from demonic influences. Protect their eyes, ears, and lips from the lies, deceits, and seductions of the devil. Defend them from the attacks of the evil spirits, as well as those from wicked persons who align themselves with the dark forces. Guide them to virtuous desires and interests, shielding them from music, projections, and written words which are of a diabolical nature. Enlist your angels to stand beside them, leading them away from circumstances which would seduce them to sin. Keep them pure of heart to avoid the temptations of the flesh and physical gratification outside the confines of holy matrimony. Assist them as they struggle against the enticements of the world, showing them that all good things come from you alone, and that by following your laws they will not only attain true happiness, but the gift of eternal life with you in heaven. Amen.

I liked being a spiritual aunt if not a physical parent, and feel a special kind of joy when I see pictures of those for whom I pray shared on social media.

Each morning I ask Mother Mary to pray with me for the protection of the children whose names I bring to her Son.

I kind of like having kids in the oratory.