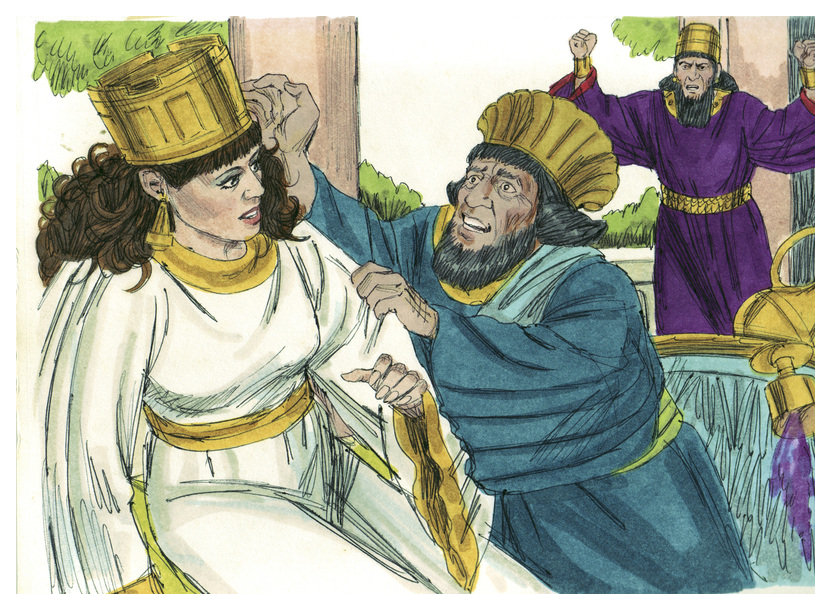 Prologue:  Do you who makes this world a better place?  Editors do.  I finally opened the edits on the manuscript for the new book, and with great pleasure observed that (a) my editor knows exactly what she’s doing and by the end of the month, therefore, a far better book will be headed towards production, and (b) it turns out only one of my chapters needed to be scrapped because it was . . . not what would be helpful to the reader.

This was a good experience, because it means I got to write my mad rant, sit on it for a year, and then come back and write a fresh take that will be pretty awesome, if my notes pulled together during time-outs at a basketball game last night are to be believed.  So that’s fun.

What might I have foamed at the mouth about?  Oh, you know, catechesis.  Shock shock.

#1 It was good that I was writing up notes on catechesis yesterday, because today I was subbing K5 at the kids’ school.  Subbing all-day kindergarten is God’s way of periodically reminding me that fulltime early-elementary teachers possess heroic superpowers.  But a day in kindergarten is the path to making you look forward to working with the 8th and 10th graders again, but also be reminded that five-year-olds are so much fun.  They really are.  Exhausting, yes, but also magically fun.

#2 So we make it through the morning and right after lunch it’s time for a Bible story.  The kids were learning the story of  Esther this week; the other K5 teachers assured me that my chief goal was to reinforce.  I glanced at the teacher’s manual and noted that bravery was the big theme for the day, and that we had Romans 8:28 for a our Bible verse to fit with the theme.

#3 When you have to call a sub at eight at night, you aren’t necessarily able to get everything laid out the way you’d hoped.  My colleagues clued me in to hunt the room for the Bible story card that goes with Esther, and I found it hanging on the wall.  When I pulled it down, there were four other stories behind — two from David, plus the Nativity.  These were super props: Large format, laminated, full-color illustrations of the key moment in a Bible story; on the back side the story is printed ready-to-go.  Good thing, if you’re the sub who needs to be prompted on what story you’re teaching, heh.

And here’s thing about teaching religious ed: You are almost always going to have to assess the mood of the room, see what resources you have, and make quick decisions.

#4 So we started with the first picture, and I asked who remembered what story this one was.  I called on a raised hand to narrate (I’m sorry I can’t call on you unless you are sitting quietly), got a decent retelling of key points, and called on a second student to add any missing details.  I gave it a one-sentence summary (we’re just reviewing here), and per the lesson plan emphasized the theme of bravery.

Oops.  No dear, Saul was the one hunting David, previous story.  This time it’s Herod.  No big, and then emphasize again, in teacher-recap, the bravery of Mary and Joseph.

All that was review, and it let the talkers get some talking done and got everyone thinking about those pictures and therefore churning through whatever they could remember of Bible stuff they’d learned in the past.

Then onto the fun bit.

#5 You can’t keep talking and talking.  These are five-year-olds.  Time for some action.

Our key idea is bravery.  The kids were able to remember something about the bad guy in the picture wanting to kill Esther, and that she was the queen.  I reviewed (two or three sentences, max) the key facts of the story, and then had a volunteer come up to the front and sit on a chair and be a king on his throne.

Something that makes Esther brave is that she approached the king without permission, which was a capital offense.  I explained that if the king calls on you, you can come to talk to him.  I let the king call on three volunteers and give them permission to speak to the king.  Each in turn approached the throne, said, “Hi King,” and then went back to their seats.  Perfectly safe.

Good.  Now someone needs to die.  That requires expertise.  I explained to the class that now I was going to approach the king without asking, which means he can have me put to death.  I walked up to the king, and prompted him to tell me, “Off with your head!”

He did.  I promptly dropped dead dramatically, with much more noise and rolling on the floor than decapitation might usually involve.

Kindergartners love it when you do that.

So you calm the class back down, tell them no one else gets to die right now, except maybe . . . Esther.

Pick another volunteer to be the queen.  Explain that your husband the king doesn’t know you need to talk to him, and you have to, because the bad guys want to kill your people.  But of course he could order your head chopped off — we all saw it happen just a minute ago.

So Esther approaches the king, I give the prompt for her line, “Can you please save my people from the bad guys?”

And then as the director here I ask the kid playing the king, “Did the king say, ‘Off with your head’ or did he say ‘Yes, I will save them.’?”

He got the line right and gave a nice clear answer to his stage-wife, “Yes, I will save them.”

#6  I wrap up with a tie back to the Nativity, and how the people saved by Esther’s bravery were the nation God chose to be the family of Jesus, our Savior.   David, Esther, and many other people were called by God to be brave, and all of them saying yes to God led up to the day when Jesus was born.

Now time to wrap up with a closing prayer.  My intuition was that it was time to go Ignatian.  This is K5, so you don’t have a lot of time.  I had the kids close eyes to pray, and then in my prayer thanked God for the bravery of His saints, the gift of salvation (“coming to be our Savior and opening up Heaven so we can be with you forever”), and His promise to be with us and give us strength and courage when things are scary.

Then, still praying, and making sure all the eyes were closed, I told them to imagine something scary that happens in their life, and then imagine Jesus being there with them, providing help and encouragement and the ability to be brave.  Now quietly imagine telling Jesus, who is there with you, thank you for being with you. Amen.

#7 That dropping dead thing?  Big kids like it too.

Artwork: Illustration from the book of Esther, courtesy of Wikimedia Commons, CC 3.0.